Rodney McMillian’s monumental painting Untitled (4443 Prospect Ave.), 2009 is a flat, 1:1 scale representation of the façade of the artist’s Los Angeles home at the time it was made. The work, which is composed of acrylic paint on a shaped, unstretched canvas, is roughly painted in black with hints of red suggesting the interior of the home, seen through window and screen door. The lines of architectural elements are articulated as un-painted, raw canvas.

This painting is part of a body of work which was exhibited in full as part of the artist’s 2009 solo exhibition at the ICA Boston titled, Sentimental Disappointment, Momentum 14: Rodney McMillian, curated by Nicholas Baume. As in much of McMillian’s work, a personal referent, in this case the artist’s home, touches off a much broader conversation about structures of power, institutions, history, and how these structures are woven into the relationships, experiences, and objects that compose even our most intimate spheres of life.

Made amidst the deep uncertainty of the American Financial Crisis which was characterized by multitudes defaulting on toxic sub-prime mortgages that had been primarily targeted and sold to persons of color who then lost their homes in disproportionate numbers, Untitled (4443 Prospect Ave.) deals with the American ideals of home, the idea of the house as the representation of the “American Dream,” and the painful gap that often exists between the ideal of home and the reality lived within it or the yearning for home and the difficulty of acquiring and keeping a house.

In a way, Untitled (4443 Prospect Ave.) is an answer to McMillian’s 2006 painting, also on shaped unstretched canvas, representing the American Supreme Court Building. The Supreme Court building, which quotes the architecture of Ancient Greece, is a powerful symbol of American ideals of democracy and justice in much the way that the simple bungalow type home in the 2009 painting reflects the domestic dream of American class mobility. McMillian’s painting of the Supreme Court, which unlike Untitled (4443 Prospect Ave.) slouches off the wall, folding under the weight of marbled blue and white latex paint, suggests that while the symbolism of these structures is powerful, the ability of the institution of the court to enforce and realize the ideals of democracy and justice does not always measure up to the dream of America. 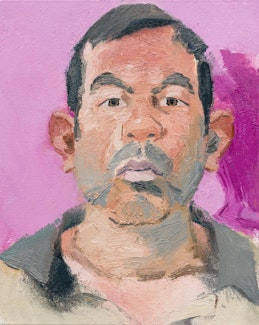 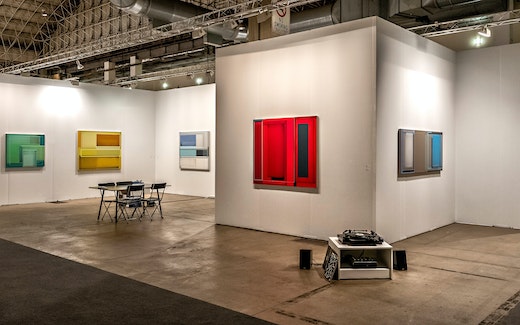 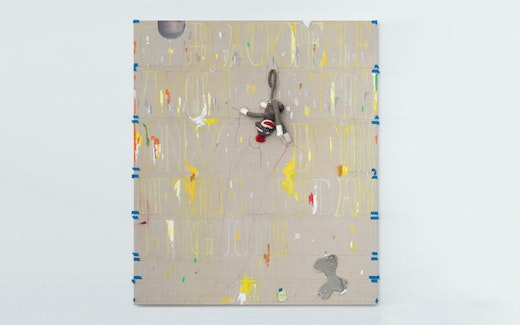 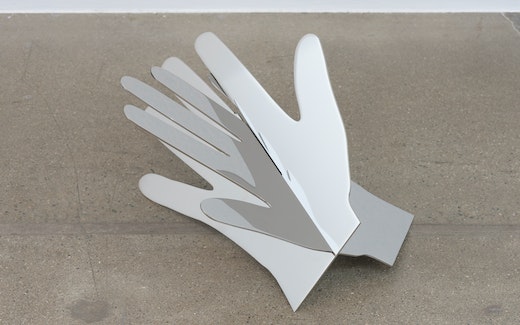 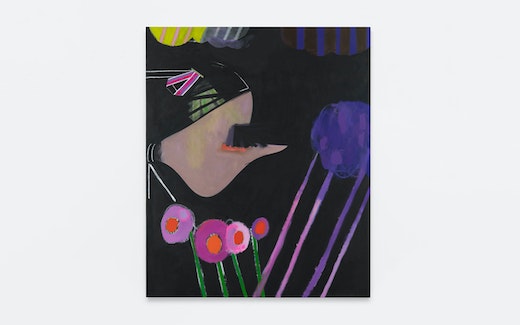 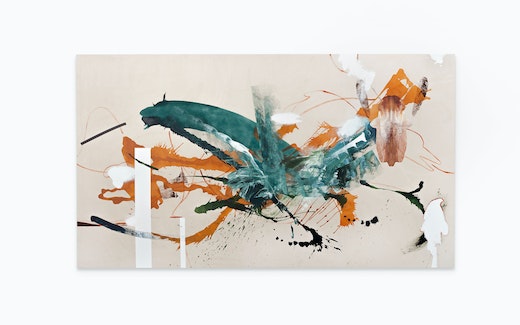 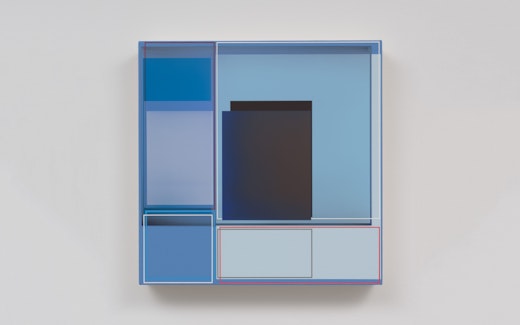 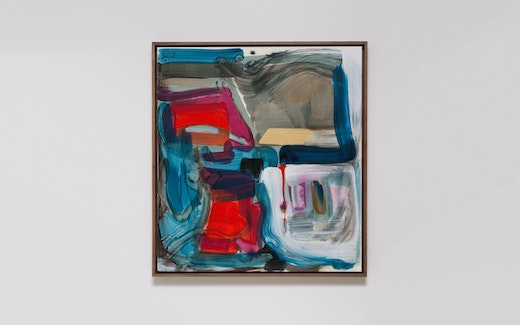